Why Do We Even Eat Turkey and Mashed Sweet Potatoes on Thanksgiving? (And Can We, Like, Not?)

It’s Thanksgiving Day and you’re rocking your best expandable-waist pants, ready to gorge yourself on a menu of—wait, don’t tell me: turkey, cranberry sauce, stuffing (or is it dressing?), mashed sweet potatoes and pumpkin pie. The cranberries might be fresh, or they might be jellied and in the shape of a can. The sweet potatoes could be—God willing—unadorned; then again, they might be topped with marshmallows or candied pecans. The turkey will probably be dry, but that’s what gravy is for! Mashed potatoes might also make an appearance, along with several other sides. Everything is a shade of brown and everything is a soft, denture-friendly texture (save for the turkey jerky). Ahh, the holidays.

If that’s exciting to you, I’m envious that you’re going to enjoy your dinner, but I can’t say the same for myself. Last year was the first year I can remember not making a traditional “Turkey Day” menu, and it was…pretty damn great. (We had lamb chops, if you’re wondering.) And I know I’m not the only one who gets weepy and forlorn at the thought of Thanksgiving dinner, because I’ve heard enough debates over the merits (or lack thereof) of mashed versus crispy spuds, whether the corn should be creamed or if the green bean casserole will show its face yet again. So why do we keep making (and eating) this stuff? 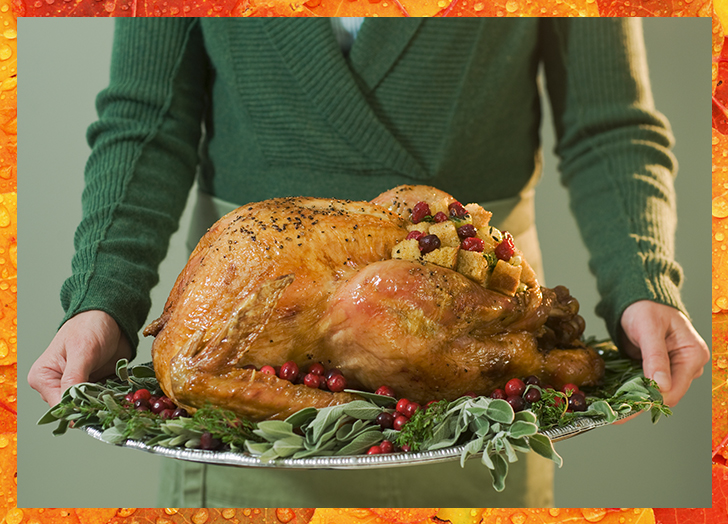 While it’s likely that the 1621 feast between European colonists and native Wampanoag that we associate with the “first Thanksgiving” did occur, the origins of the traditions we continue to uphold (specifically, the menu) aren’t so crystalline. Let’s rank their accuracy, for funsies.

The Library of Congress assures us that, yes, turkey on Thanksgiving is historically accurate. But the best existing account of the Pilgrims’ harvest feast, Mourt's Relation: A Journal of the Pilgrims at Plymouth, never explicitly mentions the bird. Wild fowl makes an appearance though, so it’s reasonable to assume native wild turkey could have graced the table. After all, the bird does feed a crowd. 7/10

There were no flour mills in 1600s New England, so stuffing made from wheat bread was unlikely. (There might’ve been bread, but it was probably made from maize.) 0/10

There was seafood, but it was more like eel and clams than lobster. 5/10

Considering white potatoes weren’t cultivated as a crop in North American until the 1700s, there were no heaps of mashed spuds on the table. And sweet potatoes hadn’t yet been introduced from their native Caribbean, so the casserole is out. 0/10

Cranberries? Sure thing. But you can’t have cranberry sauce without sugar, which was a rare luxury product in the 17th century. 2/10

Pumpkin pie requires flour and sugar, so you know the odds are already against it. There might’ve been pumpkins and other gourds, but the ubiquitous pie wasn’t a staple until the 18th century. (BTW, this flour thing is bad news for gravy, too.) 1/10

But good news: Some types of beans were likely to have appeared at the feast, along with squash and other produce native to the area. (Nary a frizzled onion or can of mushroom soup in sight, though.) Let’s give a round of applause to the vegetable side dishes, which are the best part of the meal to begin with. 8/10

All this to say, we know the modern, mainstream Thanksgiving menu is historically misguided at best. And we know that what actually happened when the European settlers came to America—colonizing, displacing and killing the native tribes that had lived there before them—was genocide. The 21st-century understanding of the Thanksgiving tradition is based on a super specific period of American history between the 1890s and 1920s, when nativism and nostalgia were used as a defense against the feeling that the American way of life was being threatened by immigrants. Whether or not the food we eat now was on the table some 400 years ago is a bit of a moot point when you think about the rest of the holiday’s history. 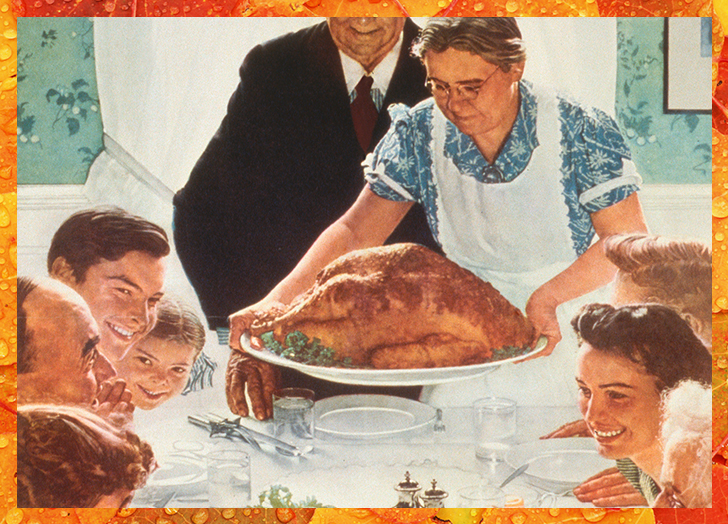 We can still give thanks with a menu that doesn’t include mush—in fact, it’s refreshing to do so. Yeah, yeah, I know it’s “tradition” and that Uncle Billy won’t stand for a menu without mashed potatoes. But it allows us to recenter the holiday around a more accurate history and more grateful practices. Giving thanks has nothing to do with green bean casserole, but it could involve volunteering at a local food bank before you settle down for some football. Making a meal that reduces some of the 200-million-plus pounds of food waste produced around the holidays respects the Native belief that we have a responsibility for our land and the things that live and grow on it. After a year and a half where many families couldn’t gather for a meal at all, let’s be honest: It doesn’t really matter whether you’re serving turkey or ordering a pizza. If the traditional meal doesn’t work for you, make your own traditions.

Will ‘Taste Memory’ Change the Way We Eat Post-Pandemic?

The Cheapest, Best Thanksgiving Dinner Ideas (Because We’re All on a Budget These Days)

Thanksgiving Cake Is a Thing. Here Are 21 Recipes That Prove It